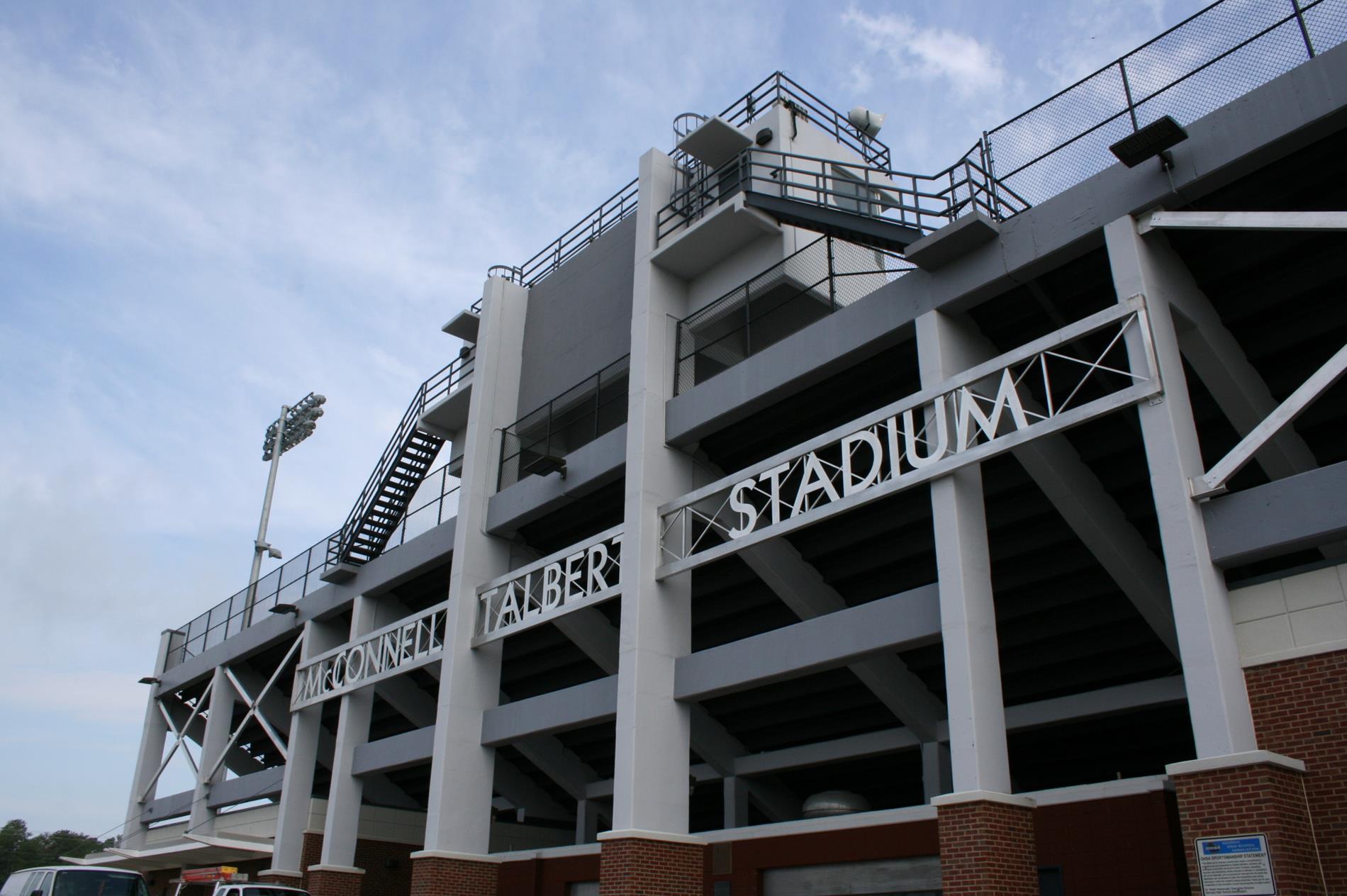 The property was purchased in 1963 from the United States, Department of Health, Education and Welfare. It was part of Ziegler Housing, built for base employees.

The plans were drawn by Henry Corsini, an architect from Macon. Original blueprints were approved by the Georgia Department of Education on February 12, 1969. It was put out for bid and several bids were received. At the March 11, 1969, Board meeting construction was awarded to Amerson Construction in Macon.

The stadium was originally named the International City Stadium during a Board meeting held May 13, 1969.

On February 8, 1994, it was renamed McConnell-Talbert Stadium in honor of L. A. McConnell, Sr. and Dr. W. G. Talbert, Jr., who had both served as Chairman of the Board of Education.

The following additions and renovations have been done: